After two years of practicing life as a European diplomat, Wendy Borkoski ’20 wants to make it real.

In November, Borkoski represented Brigitte Bierlein, the first female chancellor of Austria, in the Mid-Atlantic European Union Simulation in Washington, D.C. She sat on the mock European Council, gave a couple of speeches, and represented Austria’s stake in issues like digital security, agricultural policy, and the creation of a European army. 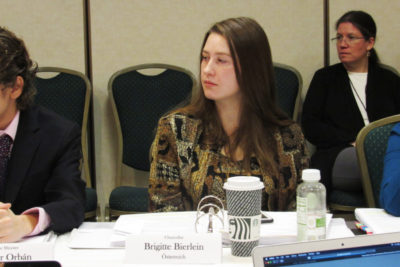 “It was so fun to represent Austria and figure out their positions on the issues and stick to those,” Borkoski said, adding that the experience taught her about more than Austrian politics. “I learned how to argue diplomatically and be persuasive to get my way.  Communication is extremely important and this simulation helped me do that in a professional, intelligent manner.”

Borkoski got involved with the University of Lynchburg’s EU simulation class because she loved the EU’s strong stance on environmental issues. She wanted to learn how the international partnership functions and reaches consensus between leaders from vastly different member states.

She likes what she’s learned so much that she now hopes to move to Europe after she graduates, become a dual citizen, and work for the EU. “I would love to be a part of such an amazing organization,” she said. “The EU has the highest environmental standards in the world and I would love to live somewhere where they are making drastic changes to make the world healthier.”

Borkoski and 12 other Lynchburg students participated in the simulation this year, representing Germany and Austria. Dr. Marek Payerhin, the international relations professor who leads the program, said students spent their time debating European legislation on topics such as consumer privacy in cyber space and the phasing out of coal. Nely Sanchez-Pena ’22, Sheila Raczynski ’22, and Zoe Neal ’23 were elected as leaders of European political parties and Julia Melone ’21 helped draft major legislative proposals. 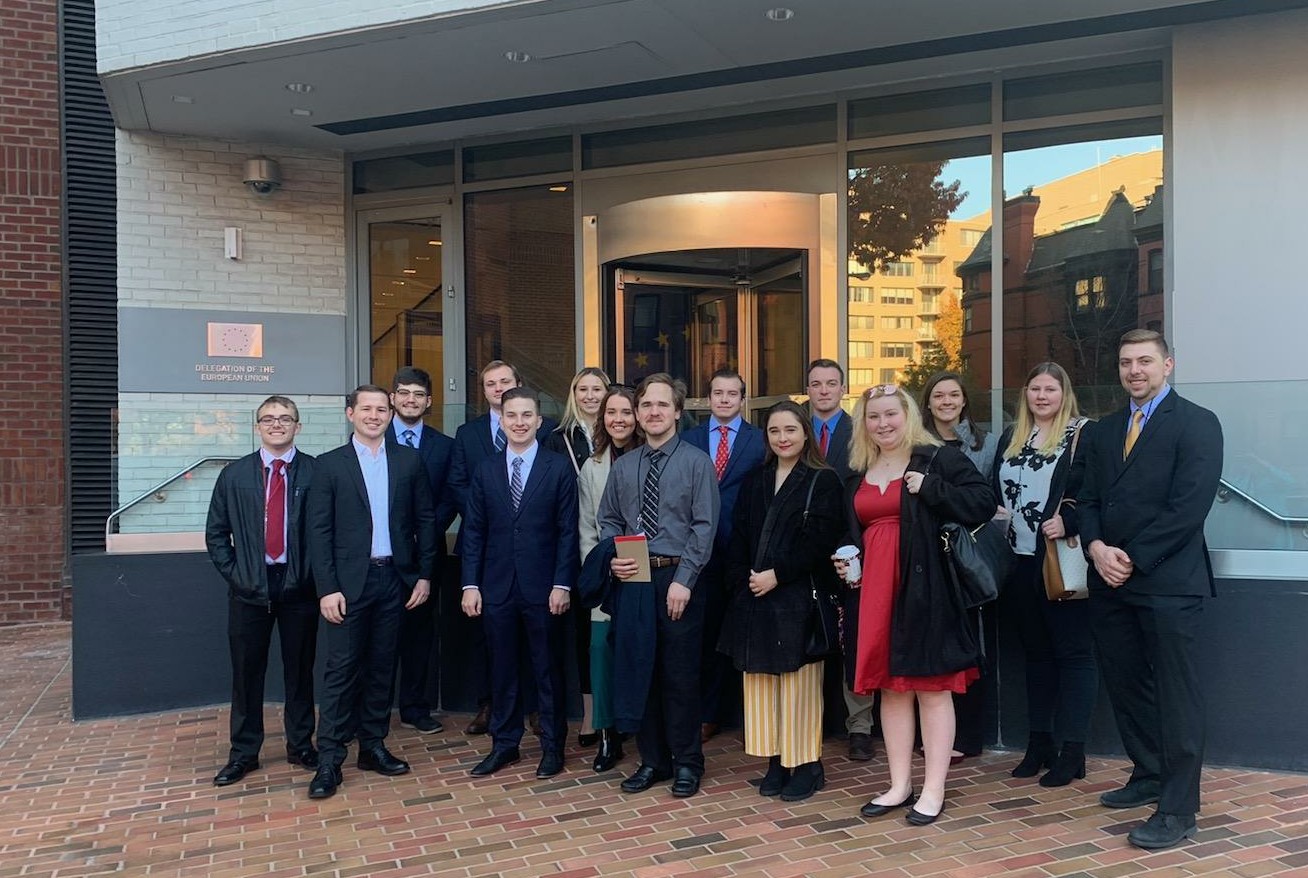 The group also visited the German embassy, and they met up with Lynchburg EU simulation alumni who now live and work in the Washington, D.C., area, where the conference was held.

“The EU class is also an honor to be involved in as it involves a lot of hard work and dedication, and our school has repeatedly gotten awards every year,” Borkoski said.