This summer, Ashani Parker ’21 is fulfilling a dream of helping preserve endangered languages and cultures.

She’s an intern at the Smithsonian National Museum of Natural History in a program called Recovering Voices, which helps indigenous people preserve their native languages and cultures. Parker has wanted to work with this program for a long time. 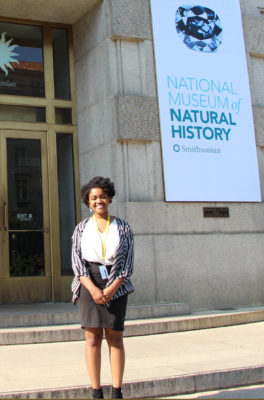 “I’ve been interested in languages since I was really young,” Parker said.

At one point, she wanted to be an Egyptologist and study hieroglyphics. She took multiple foreign languages in high school. Somewhere along the way, she became interested in languages that were no longer spoken, which led her to Recovering Voices, a Smithsonian program founded in 2009.

“There’s so much language death around the world, and people don’t even realize how many languages are spoken,” Parker said.

For example, Mexico might be known as a Spanish-speaking country, but there are more than 60 languages spoken in the country. But “many of those are dying,” Parker said.

She explained that “language death” occurs along with other cultural shifts when a nation becomes more industrialized and one language emerges as the dominant one. People from a smaller group with its own language adopt the new language in order to assimilate, and it becomes difficult to pass the traditional language to the next generation.

“When the kids go to school, they speak the dominant language, while the traditional language is used for rituals or old traditions,” Parker said. “The main goal of my department [at Recovering Voices] is to connect communities with archives and collections and make those repositories more accessible and comprehensible. Recovering Voices was originally founded as a way to combat the increasing levels of language death and cultural degradation.”

The program is about a lot more than vocabulary and translations, though. Language carries cultural knowledge and experience in its word choice and stories.

As an intern with Recovering Voices, Parker helps out when members of native communities come for a visit. She helps teach people how to use the archives and also records video footage. Later this summer, she will make a video to help community leaders better understand how the museum can help them.

In her first week at the museum, Parker worked with a delegation from the Malagasy people, native to Madagascar. In the upcoming weeks, she will meet with people from the Spokane and Comanche Native American tribes. The Recovering Voices team will help them with revitalizing the knowledge of their native languages. 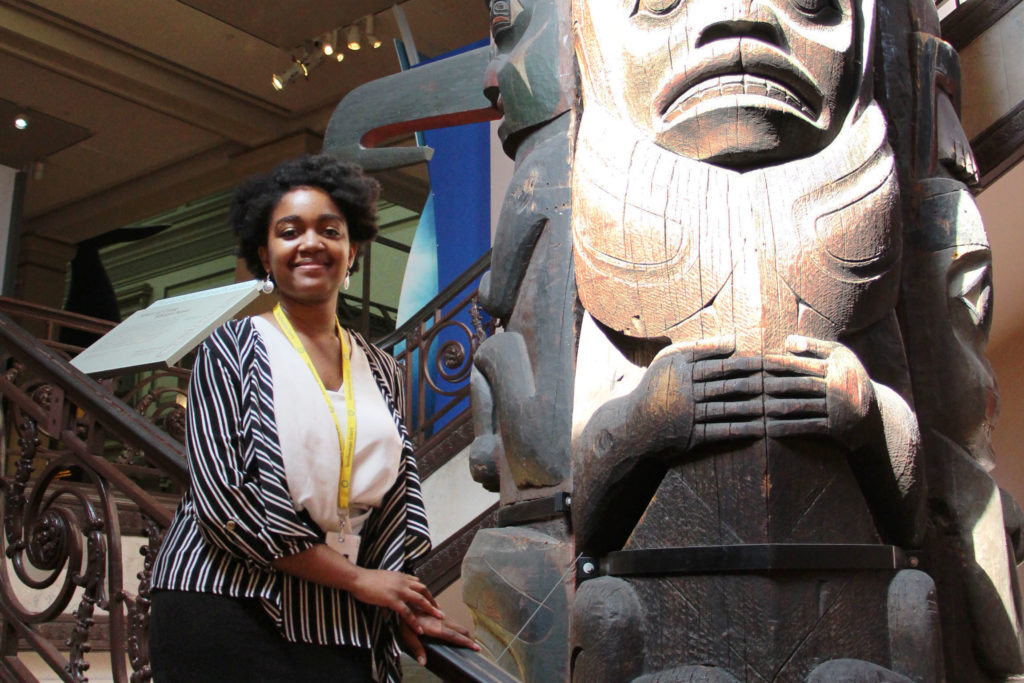 “On the museum side, we are benefiting by being able to have more up-to-date information to build on the knowledge we have in our archives with the help of these communities,” Parker said.

Parker is double majoring in psychology and liberal arts, a program that allows students to design their own curriculum by combining courses from different areas. In her case, she drew from archaeology, history, sociology, linguistics, and museum studies to create a personalized program much like anthropology.

She’s also minoring in history and museum studies. As a Westover Honors scholar, she’s already thinking about a senior thesis that will combine all those topics and her interest in language.

“I’m thinking of doing something that has to do with languages, but more the stories of the languages and the impact they have on modern tribes,” Parker said. “We have a lot of groups that come in and they see the objects in the museum, and they’re able to tell stories from their youth. I want to study how different stories and folklore impact the modern viewpoint of tribe members.”

In addition to her work with Recovering Voices, Parker is enjoying getting to see the behind-the-scenes work in other parts of the museum. She’s learning a lot, she said. “Academically, I’m flourishing.”