/ News / Hill Award winner ‘in a state of absolute gratefulness’

After noticing an open lab door, Rash poked her head inside and found her advisor, Dr. David Freier, counting cells through a microscope. She called for Dr. Freier, who had already been notified of Rash’s achievement. “Yeah, congratulations!” he said before returning to counting cells. 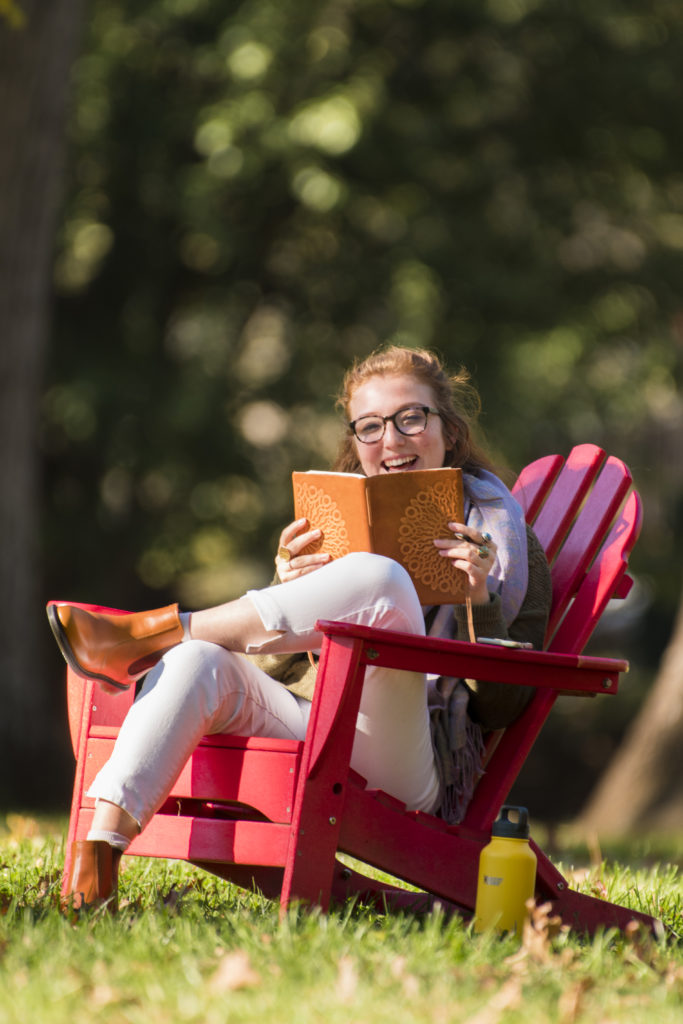 “I was in a state of absolute gratefulness,” Rash said. “I can’t explain it any other way.”

Rash, a biology major and English minor from Bedford, Virginia, received the award at a ceremony in April, and now she is set to lead the procession at Commencement this weekend.

During her time at Lynchburg, she has achieved an overall GPA of 3.90, putting her in the top two percentile of graduating seniors. This qualified her to apply for the 2019 Robert L. Hill Award. She wrote an essay, submitted a resume, and asked chemistry professor Dr. Priscilla Gannicott to write a recommendation.

She did not expect to win the award. “I wanted to prove to myself that I could go through the process of applying, but not necessarily win it,” she said. “To be recognized and to have people see me on a deeper level meant so much to me.”

“The breadth of Rash’s passions is admirable, but even more astonishing is that she has experienced success in all of them.”

During her time at Lynchburg, Rash has served as a student panelist on an immigration panel, chapter president of two honor societies, and treasurer of Phi Eta Sigma Freshman Honor Society. She also served as a biology PASS leader and editor-in-chief of The Prism magazine for two consecutive years.

“Being in this environment has been very beneficial, because at a liberal arts school, you don’t have to limit yourself,” Rash said. “I have had so many professors that have impacted me and imprinted themselves somewhere in my heart. It has become truly a family here.”

Rash is a published and award-winning poet, receiving several awards for creative writing while at Lynchburg, including one from the Academy of American Poets. She also presented her original biology research at the Virginia Academy of Science conference and spent her final semester researching in the field of cancer biology.

After graduation, Rash plans to take a year off to travel the world and focus on publishing her poetry and prose, before searching for an internship and thinking about graduate school.

Marc Propst ’19 wishes that he, as a freshman, could have seen the person he’s become today. Propst said he’s more mature, less stubborn, and better at building bridges than […]

Chris Blake ’19 cut his teeth on dental work with the help of two alumni during his senior year. The baseball player and biomedical science from Hartfield, Virginia, interned at […]

On Friday, C.J. Rosenborough will graduate with his Master of Science in Athletic Training. Eight weeks later, he’ll be in Washington, D.C., presenting research for a national conference of strength […]

In an archaeology lab at Historic Sandusky, Eric Taylor ’19 sifts through a brown paper bag filled with relics from the past. He brushes them gently with a toothbrush to […]