On a recent Friday morning, Sydnor Performance Hall was literally drumming with excitement. It was “Orff Day” and about two dozen Campbell County fourth- and fifth-graders and their teachers were at the University of Lynchburg for a day of musical exploration.

Annie and Glenn Chilcote, music teachers from Montgomery County, Virginia, conducted a workshop for students and their teachers using the Orff Approach, a methodology for teaching music that’s named for German composer Carl Orff. The Chilcotes are Orff-certified instructors.

During the workshop, the students learned to play “Orff instruments” — African drums and what Lynchburg’s Jeremy Craft ’12 MEd, ’16 MA described as “baby xylophones.” The children also spent some time singing and dancing on the stage at Sydnor. 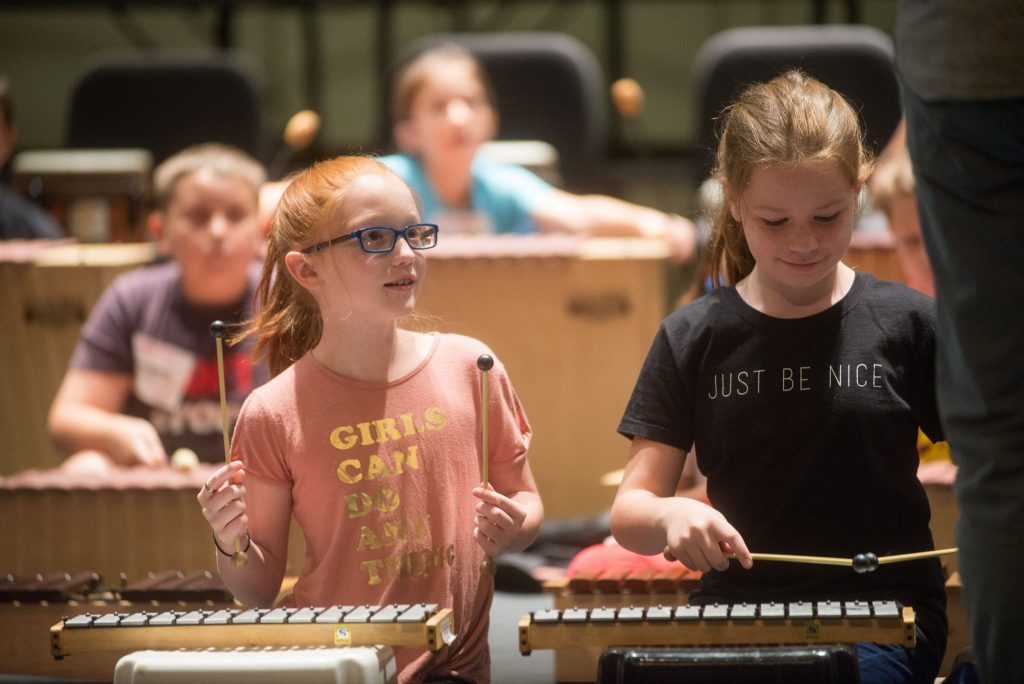 “It’s really just a day of experiencing music, learning different songs, singing and dancing, and playing instruments,” Craft, an instructor of music, said. “Teachers from Campbell County also are getting professional development and can take what they learn back to their classrooms.”

At the end of Orff Day, the students performed songs for their teachers and members of the University of Lynchburg community, including a piece by Duke Ellington. “It’s amazing to see what children can do and learn in about two hours,” Annie Chilcote said.

About 30 music education majors from the University of Lynchburg participated in Orff Day. Malik Nowlin ’21, who attended Campbell County public schools as a youngster, said the workshop gave him some insight into what it might be like to teach younger children someday.

“I’m definitely learning a lot [about] how to deal with smaller children,” he said, adding that while he’s always envisioned himself teaching middle or high schoolers he gained a “better perspective, if I were to teach younger students.” 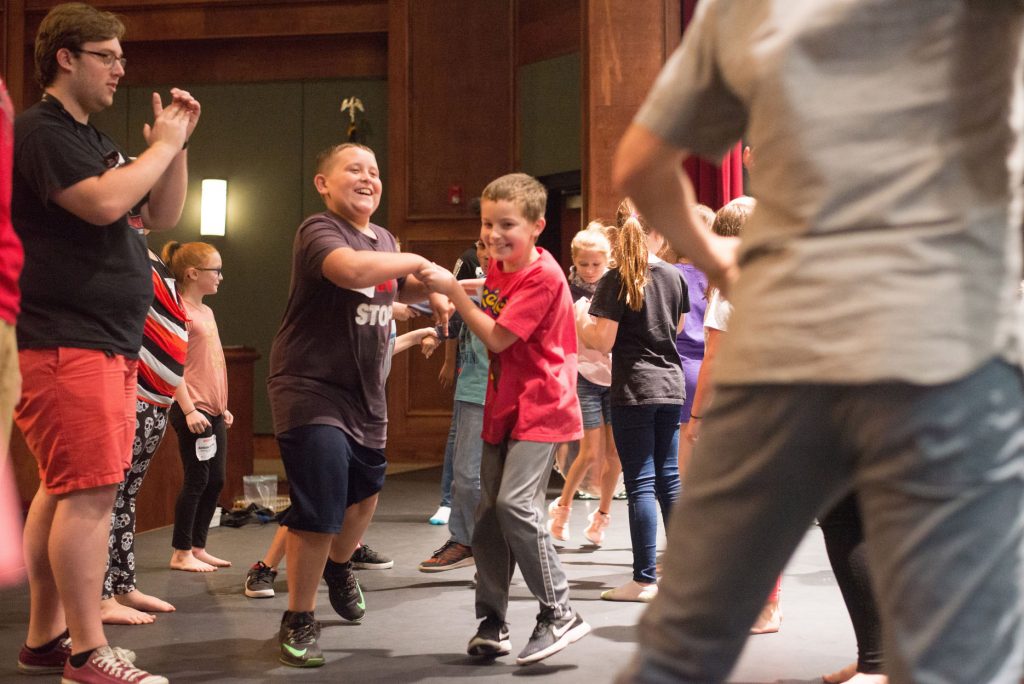 One of the music teachers who brought students to Orff Day was Alice Watson ’90. Watson teaches music at Leesville Road Elementary. In fact, she taught Nowlin when he was in elementary school there. She brought eight children to the workshop and said it was nice to see the facilitators demonstrating things she was already doing in her classroom.

“It’s neat and also a lot of stuff we already do,” she said. “It’s affirming to see that we’re on the right track. We do a lot of Orff things at our school. We do a lot of movement in music as well. You have to mix it up. They need that variety.”

Craft said plans are already under way for the 2019 Orff Day. Next year, he’d like to expand it to two workshops, one for students and one for teachers.