Becoming a physical therapist requires following a rigorous, prescribed course load for years, with hardly any room for going off the beaten path. The Lynchburg Doctor of Physical Therapy program changed that this summer with a new study abroad program. 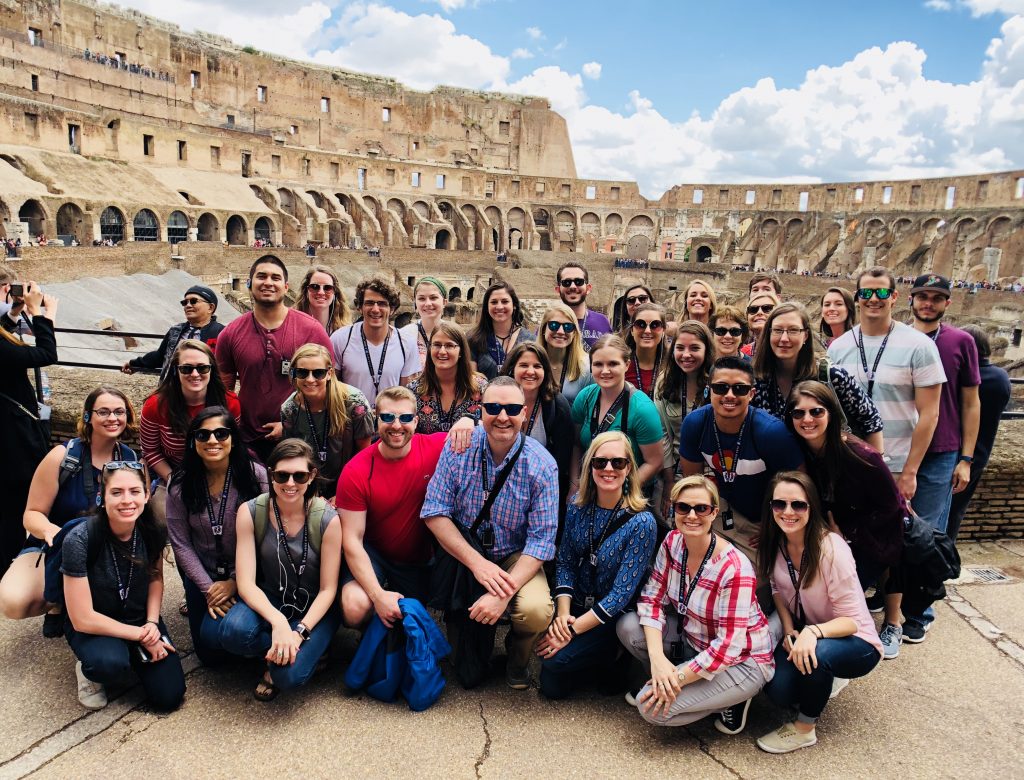 About 30 students and three faculty members spent 16 days in Italy, where they studied the intersection of art and anatomy and the history of dissection. By touring historic and cultural sites each day and discussing insights over wine and fine food in the evenings, the students gained a new, rich understanding for the history of their field.

“Art and science aren’t divided, they’re together,” said Elise Haug ’18 DPT. “It was really neat to see the origins of that.” 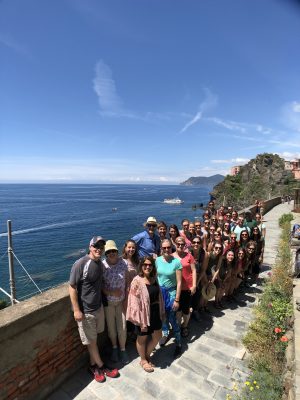 DPT professors Dr. Lori Mize and Dr. Price Blair had discussed the idea for years. “We have this mutual love for things of the Renaissance,” Dr. Mize said. “We have, for years, chatted about the origins of the study of anatomy, especially cadaveric dissection. How amazing would it be for our students if we could put together a course that looks at the origin of anatomical study, and also brings in this art analysis piece?”

Dr. Blair, who majored in classics as an undergraduate before pursuing science, enjoyed helping students connect these two topics he loves. The course connects well to Lynchburg’s liberal arts roots, he added. “We wanted to offer a liberal arts experience for our grad students as well.”

Before going to Rome, the students wrote papers analyzing the way bodies were presented in Renaissance art and how that presentation conveyed a message. Haug wrote about Michelangelo’s “The Last Judgment” fresco in the Sistine Chapel, in which the artist portrayed mostly nude figures with detailed musculature. Toward the end of the trip, she saw Giotto’s “The Last Judgment” in the Arena Chapel in Padua, a more-orderly scene in which most figures are clothed in robes, and compared the two.

In addition to viewing art, the travelers visited the first known anatomical theater. Opened in Padua in 1594, the theater allowed Renaissance-era anatomy students to learn about the structure of the human body by watching their teachers dissect a cadaver. Learning about the setup improved their modern-day counterparts’ appreciation for modern conveniences, like the Lynchburg DPT cadaver lab’s ventilation system and techniques for stemming decomposition. But they also were in awe of the history of the field.

“I gained a greater appreciation for those who have come before us — all the sacrifices people have made and all the hard work that went ahead,” Haug said. “We sit in a classroom to learn it, but they had to start it.”

Studying art has real implications in medical practice, Dr. Mize said. Doctors with some arts education have shown greater skills for observation, communication, empathy, dealing with ambiguity, and “the ability to interact and look at the whole picture,” she said. “That’s something we try to emphasize here — looking at the whole patient and the entire situation. Bringing in these evidence-based principles of art analysis helps to elevate that even more.”

The experience gave new perspective to professors and students alike. Dr. Terry Leahy appreciated seeing how art, science, politics, religion, and medicine were interrelated. “It got me out of my silo of just a scientific clinical practice to put all that together,” she said.

The trip has already altered Dr. Blair’s teaching of anatomy. In the summer course for first-year DPT students, he decided to illustrate the axillary fold — a ridge behind the pectoral muscles — by zooming in on a picture of Michelangelo’s Pieta, which portrays Mary holding the slain Jesus, supporting his body with one hand placed in his right axillary fold. “I’ve never done that before,” he said.

Many of the students on the trip were graduating this year, meaning they are now taking board exams and beginning careers in clinics around the country. Jordan Hawkins ’18 DPT said the trip to Rome made a fantastic finale. “Especially since we’re about to go into the clinic permanently, it’s a great reminder that our learning career is not over,” she said. 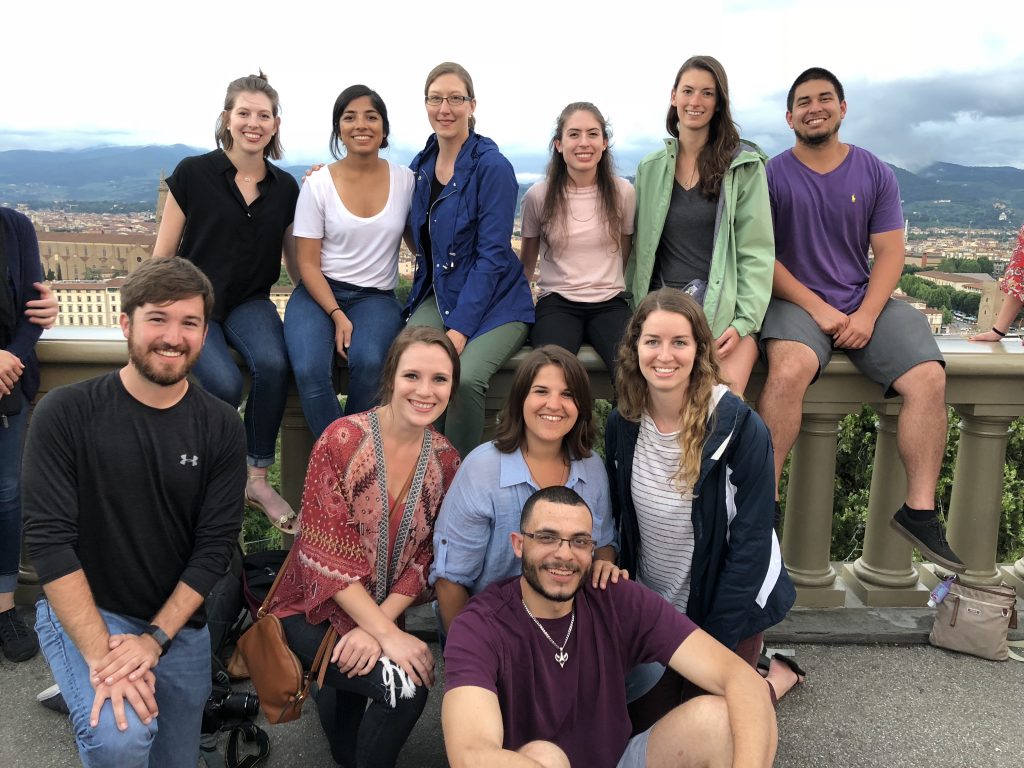