In 2016, he earned a Bachelor of Arts in economic crime prevention and investigation, a program that draws on a number of disciplines, among them accounting, criminology, and computer science. In 2017, he finished a Master of Business Administration. On Saturday, he’ll don the mortarboard again for a master’s degree in nonprofit leadership studies.

When one of his professors suggested he stay on to pursue the Doctor of Education in Leadership Studies, Thompson admitted it was tempting but said, “I want to work.”

Thompson, who hails from the Caribbean island of Saint Lucia, wants to work in money laundering and fraud investigations, perhaps in the banking industry or for the U.S. government. He grew up watching “Matlock” and “Murder, She Wrote,” and the “Law and Order” franchise, and initially thought he’d be a police officer. 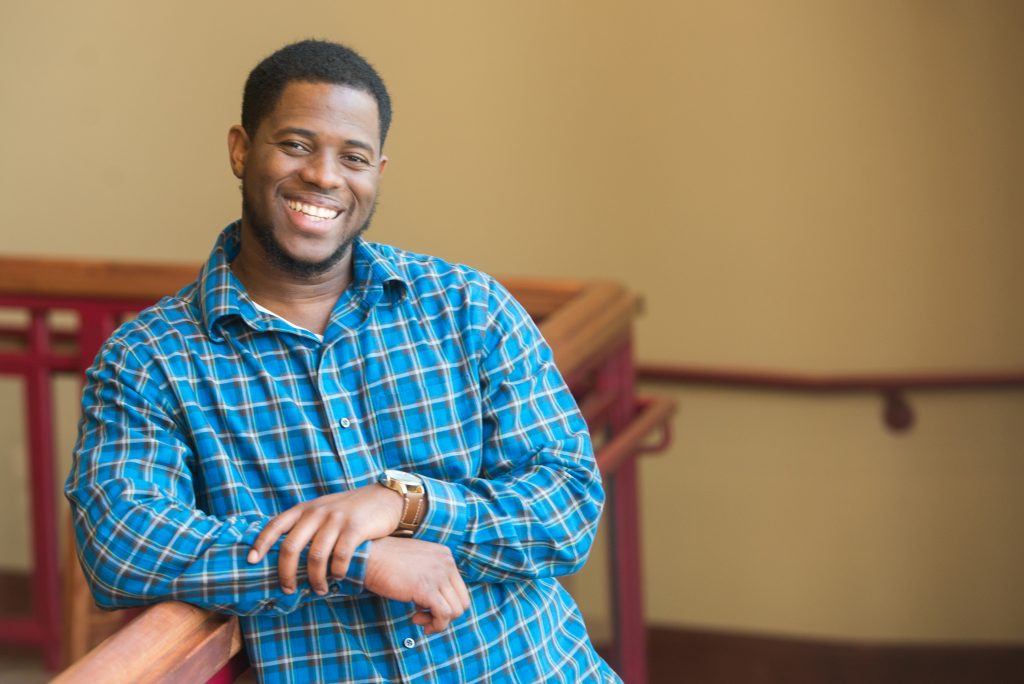 The thing was, he also had a knack for numbers. “I had that ability to solve problems and I was passionate about accounting,” he said. “What if I’m able to combine the two to do something that really interests me and I’m passionate about?”

Thompson came to Lynchburg through a partnership that the College had formed with Saint Lucia. His mother has bachelor’s and master’s degrees from the College as well. Along the way, he discovered that he liked the Lynchburg area. He found a church that he likes and he’s involved in Rise Against Hunger, a local nonprofit.

Thompson also has worked for several years in the Office of the Dean of Students, a job that appears to be a good fit. “When you work with people, no one situation is the same,” he said. “That helps with my ability to communicate, with social skills and what I enjoy — solving problems.”

Regardless of where his career leads, earning a doctorate is in Thompson’s big picture. “My goal is to work and complete a doctoral program, something to do with leadership,” he said, adding, “I prefer to stay in the area, because I like the area. That’s where I would say family is. Not blood relatives, but yeah.”