It used to be that if Christopher Otwell needed a theatre prop — say, a German luger for a production of “Cabaret” — he had to buy it. This could get expensive and sometimes, as he puts it, you had to “be as close as you can get.” 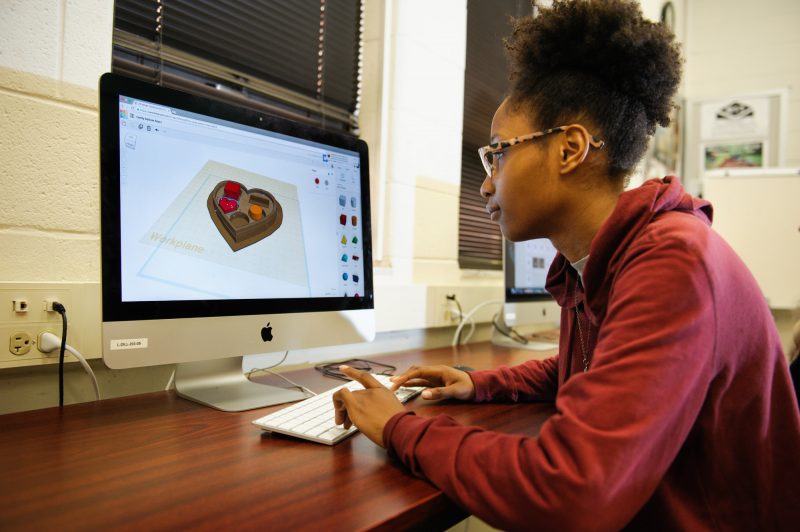 Nowadays, if Otwell, assistant professor of design and technical director at Lynchburg, needs a World War II-era handgun, a skull-shaped candy dish, or any other small, hard-to-find or expensive prop, he can just make it with the theatre department’s 3D printer.

The printer, which Otwell compared to a “hot glue gun,” also is good for making set models, including tiny furniture and figurines. “3D printers have just revolutionized theatre,” he said. “If you have the time, you can make exactly what you want.”

This spring, Otwell is teaching students how to do this in a 3D printing class, offered for the first time at Lynchburg. Using open-source software, including Tinkercad and Simplify3D, Otwell’s five students — all theatre majors — are learning to make things with the department’s MakerGear M2 3D printer. “They’re all guinea pigs, to some extent,” he said.

For one of their first projects, students replicated an Old Bay seasoning jar. They also have made luggage tags, rubber duckies, and a heart-shaped candy box, complete with rectangular-, round-, and heart-shaped plastic “candies.” After designing the objects in Tinkercad, the students use Simplify3D to find out how many layers are involved, how much materials will cost, and how long each item will take to print. 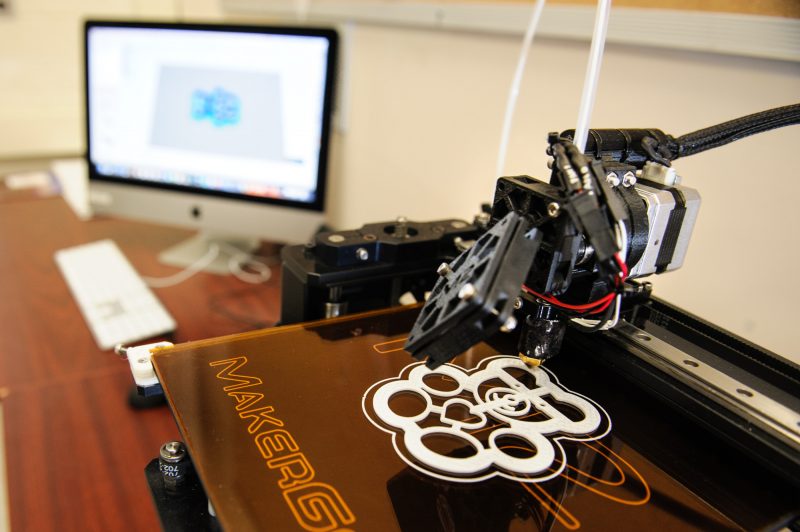 The latter stat — how long the object spends on the 3D printer — means students have to schedule when they’ll do their homework. The candy boxes, for example, took about seven hours each to print. The aforementioned skull-shaped candy dish, used for a 2015 production of “You Can’t Take It with You,” had thousands of layers and took 36 hours.

“The bottleneck is that we have just one printer,” Otwell said, adding that he’d like to have a second one. “The materials are really cheap, though.”

Before taking the class, Jess Matthews ’19 had no experience with 3D printing. “I didn’t know it existed, honestly,” she said. “It’s very cool.”

Matthews, a student photographer for College Communications and Marketing, is thinking of making a lens hood for her camera. She’s also looking forward to using “bendable” materials to make wearable items. “I’m excited for that,” she said.

Tim Maxwell ’18 used CAD — computer-aided drafting — software in high school, but didn’t have the opportunity to use a 3D printer until taking this class. After he graduates this spring, Maxwell plans to be a sound and lighting technician. Eventually, he’d like to be a technical director. He said the skills he’s learning this semester will come in handy. 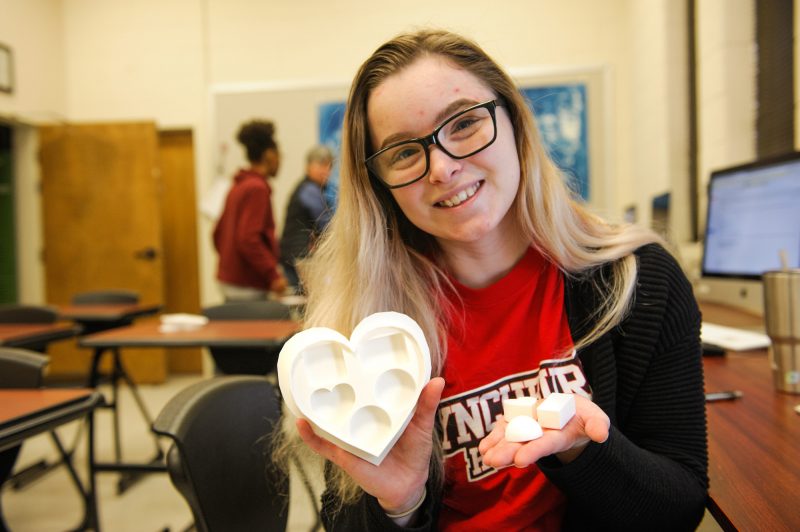 “[It’s] giving me another skill set that I can use in the field,” he said. “For example, if I go someplace that has a 3D printer, but no one really has the experience to use it, I could step up to teach them how, and also print something, if needed. If I’m a sound technician and I need a mic clip or something, because one broke and I don’t have the time or money to go buy one, I can easily print one and could have a replacement part in minutes.”

Over the past year, Margaret Clarke ’20 was prop master for the theatre department’s productions of “Midsummer Night’s Dream” and “Into the Woods.” Although it didn’t involve the 3D printer, she even made some props, including what she described as a “giant flower” and a lyre, a stringed instrument similar to a harp.

Clarke said she enjoys working in the prop room because “it’s like crafting meets theatre” and that she plans to be a technical designer after she graduates. She said that among other things, the 3D printing class has taught her to “pay more attention to details and double check things.”

Now that she and the other students are learning to use the 3D printer, Otwell said he can delegate even more prop-making work. “It’s a win-win situation,” he said. 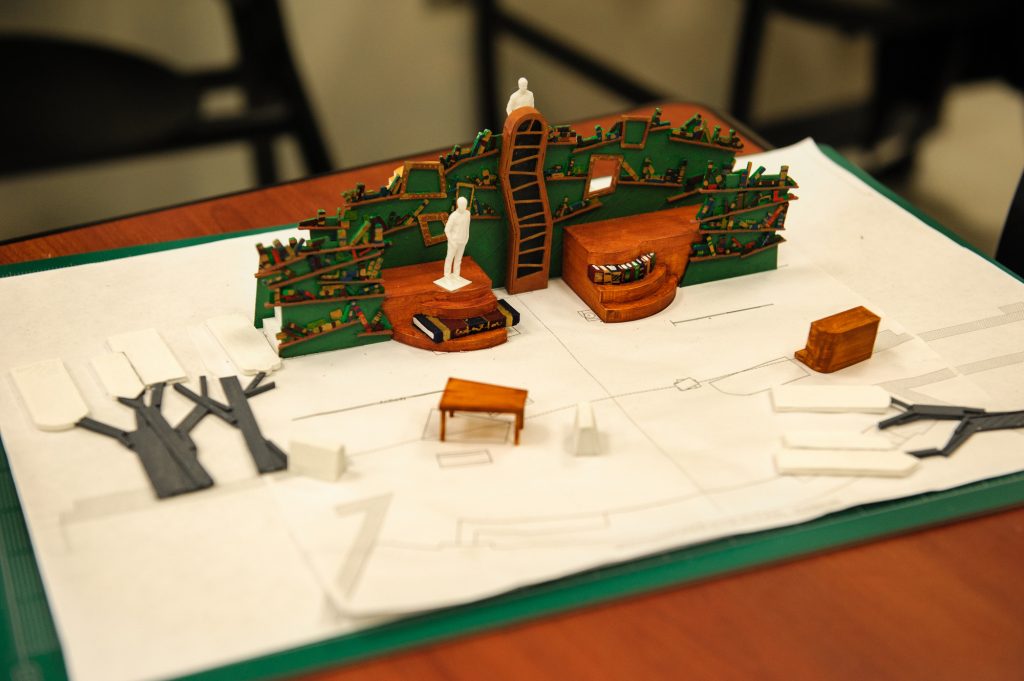